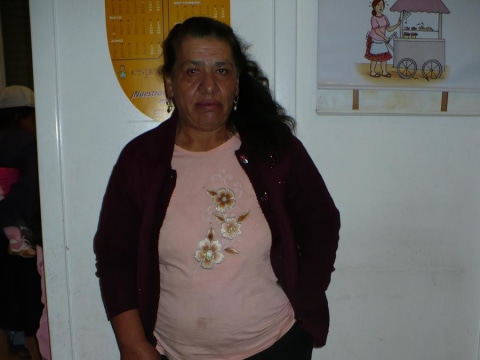 Sara Magdalena's loan finished fundraising, but these other borrowers need your support

A loan helped Buy doors and ceilings to finish her house.

Sara León is a member of the Unión Progresista communal bank. She lives in Santa Ana parish. This area is known as a major agricultural center. It is also a tourist destination; Chorro beach with green spaces for family recreation is only two kilometers from the center of the parish. Sara is 55 years old and has been separated from her husband for 27 years. Her marriage failed because her husband was a womanizer. She lives with her only son, 28. He is single and studies at ESPE University and also works in the department of environmental management of ETAPA. He also built the house that Sara lives in, thanks to previous loans. Sara works raising and selling guinea pigs, not only in the markets of Cuenca, but also in her own house, where she makes most of her sales. Her son helps in the business, which is doing well. Sara has been with Unión Progresista communal bank for four years and the loans have helped her get ahead in her business. It was initially her sister who encouraged her to join this great group of women who are seeking a better future. With this loan, Sara will invest in finishing her house, including doors and ceilings. Her goal for the future is to build another shed for raising guinea pigs and also a roaster.