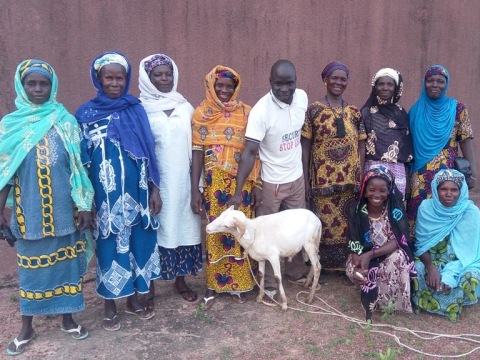 Jèkulu Gnouma I Group's loan finished fundraising, but these other borrowers need your support

A loan helped to buy animals for reselling in order to support his children.

For the past 14 years, he has been in the business of sheep farming. He purchases young rams in local markets so that he can raise them for a given period and then sell them in the same markets in order to earn 20000f per month. Sekou is a longtime member of RMCR and repays his loans.

He would like to be able to go to the major markets so that he can increase his earnings, which would allow him to pay for his children's school supplies and for him to be self-sufficient in society.