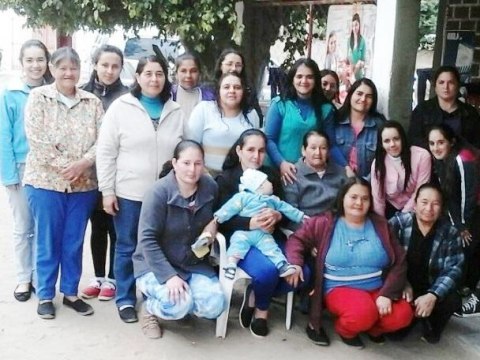 A loan helped to buy supplies for her store, assorted clothing, and other items.

The group is called "Kuña Marangatu". It was formed by friends and neighbors in the city of Pilar. They are mothers of families who seek the means to be able to overcome their situation of poverty, and so to be able to help their families.

One of the members is Guillerma, who owns a small grocery store in the area. She began six years ago, selling staple goods, and with each loan to the committee, has been improving her store. Over time, she added the sale of clothing, shoes, miscellany, and motorcycle parts. Now she has an annex selling electrical items. Guillerma has established herself as a good merchant in the zone, offering her clients a variety of products.

She requests this loan to be able to buy supplies for her store, assorted clothing, and other items to be able to continue with her sales as she has been doing.