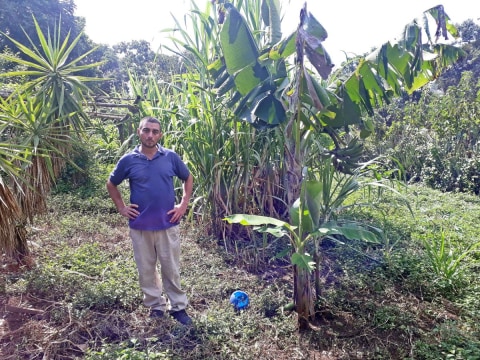 José Antonio's loan finished fundraising, but these other borrowers need your support

A loan helped to purchase agricultural supplies to plant a hectare of beans.

José is 41 years old, only studied up to the second grade in school, is married, and his spouse works at the household tasks and tending a small store. They have 3 children from their relationship.

José has worked in agriculture and raising animals since he was 15 years old and learned it from his father. He also established a store in his house and his spouse is responsible for tending it.

He needs the loan to purchase agricultural supplies to plant a hectare of beans. In the past, he was supported by two loans, which he invested in raising animals and in the store, and has already finished paying them off.

José dreams that his children will improve themselves and become professionals.