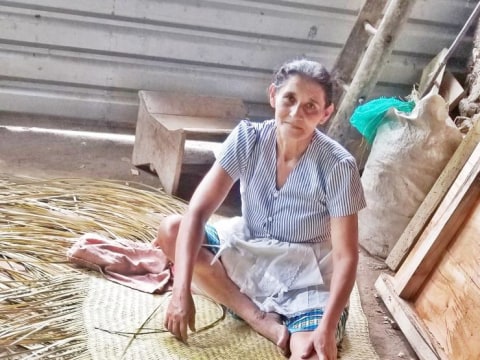 A loan helped to purchase tule in order to make and sell sleeping mats.

Ana studied until the third grade in school. Because of her family's lack of economic resources she could not continue with her education. She's married and her husband is a farmer. She has three children, one of whom lives with her.

Ana has been making and selling sleeping mats since her youth. It's the most common occupation in the community, and she learned it from her parents. In addition, she raises and sells pigs.

Ana needs a loan in order to purchase tule to make and sell sleeping mats.

Ana dreams of repairing her home, as where she lives now is damaged.