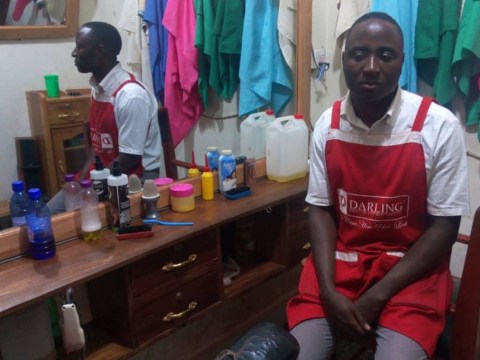 A loan helped to buy trimming machines for his salon.

Emmy is married with one child who attends school.

He owns a barber shop in Mpigi's outskirts. This business has been his main source of income. For the years he has been in the salon business, his customer base has increased, which he attributes to his excellent services.

Emmy wants to buy more trimming machines and employ someone. However, his working capital is inadequate to facilitate the purchase. He has therefore approached UGAFODE for a loan of 1,000,000 UGX to buy the machines for his salon. He is confident that the number of customers at his salon will increase, which will increase his income. This will enable him to educate his child up to college.

He is grateful for the financial support which will boost his business as well as transform him economically.