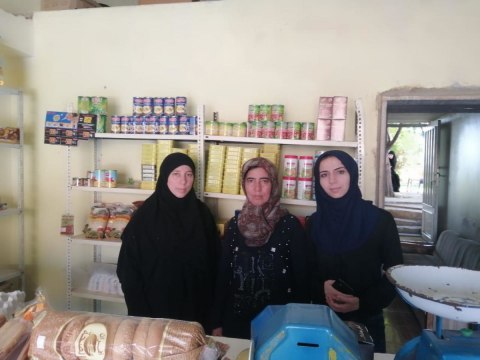 Wojdan Group's loan finished fundraising, but these other borrowers need your support

Wojdan Group is a group loan consisting of three Lebanese women where Iman is the featured borrower.

Iman is a 34-year-old widowed Lebanese mother of three children who had lost her husband and found herself striving alone to cover her children's' needs. She opened her own store for selling used electrical goods in order to maintain a sufficient source of income for her children .

She had recently acquired a loan from Kiva's field partner Al Majmoua along with Amena and Fawziya to support her business with more merchandise. She is buying used electrical goods such as refrigerators, ovens, washing machines, etc... for her business.

The independent strong woman wishes to continuously develop her business, so she will be always able to cover her children's' expenses.