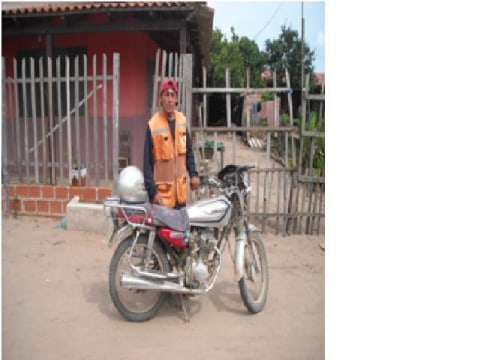 Raul Gerardo's loan finished fundraising, but these other borrowers need your support

Raul lives in the town of Santa Rita two kilometers from the municipality of Torno. His principal job is working as a taxi driver. He is single and his desire to improve his life is evident because he also raises gamecocks. Cockfighting, which is a combat between two roosters of the same species also known as "fine birds of combat", was created by humans for their enjoyment. The origin of these fights was in Asia. They began in China 2,500 years ago, and it is possible that 1,000 years before that cockfighting existed in India. In Ancient Rome gamecocks were used to inspire courage. Later, this practice was brought to the Americas by the Spanish Conquistadors. Raul great hope is to have his own house. With the loan money Raul will buy spare parts for his taxi. He is a responsible and dynamic person, and he is very thankful for the trust Emprender and Kiva have shown by awarding him with a loan.