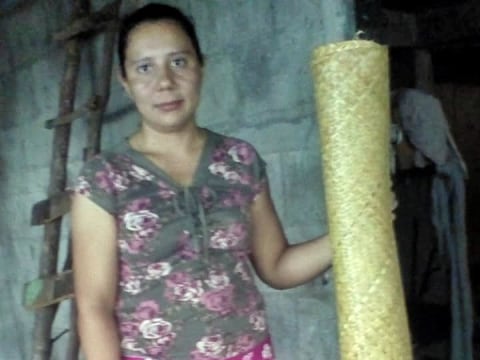 A loan helped to purchase tule reeds to weave mats and later sell them.

Blanca studied up to the third grade in school, is partnered, and her partner emigrated to another country. She has two children who are minors.

Blanca works making and selling mats and learned the trade thanks to her mother. In addition, she sells second-hand clothing in her community.

She needs the support of a loan to purchase tule reeds to weave mats and later sell them.

Blanca dreams of owning a house and of giving her children a good academic education.