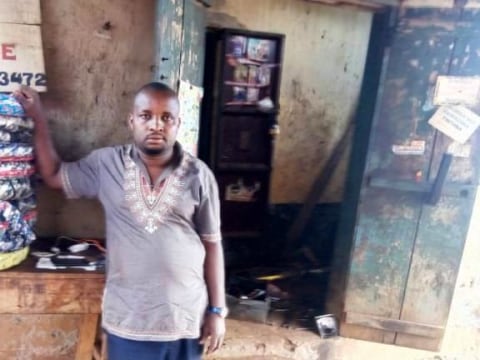 Paul's loan finished fundraising, but these other borrowers need your support

A loan helped to purchase spare parts to sell.

Paul is a married man with five children. He is a hardworking young man who deals in selling motorcycle spare parts and tires, which he has been doing since 2007. His customers are commercial motorcyclists from around his area. He supplements his family income with agriculture, which has enabled him to comfortably pay fees for the children and also get enough food.

He acquired a loan of 3,000,000 UGX to restock the business so as to out-compete the competitors around him. His future plan is to open up several outlets, and he hopes to take another loan for investing in the business.