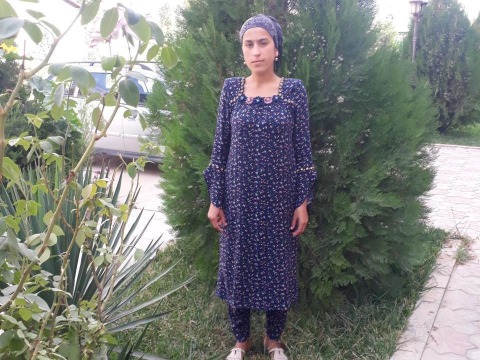 A loan helped to purchase a computerised sewing machine to start a new sewing business.

Guldasta is a diligent and enterprising young woman originally from Temurmalik. At the age of 23, she has learned a new profession for herself — cutting and sewing women's national dresses. She is going to open her own business.

She learned to sew from her mother. She is married and is raising three children. To provide for the family, her husband was forced to leave them and go to work in Russia. Guldasta decided not to sit idle and to start earning money instead. She is asking for a loan to buy a computerized sewing machine. She will be working from home. As soon as she buys the sewing machine, she will get to work. Thanks to the profitable sewing business, the life of her family will be improved.