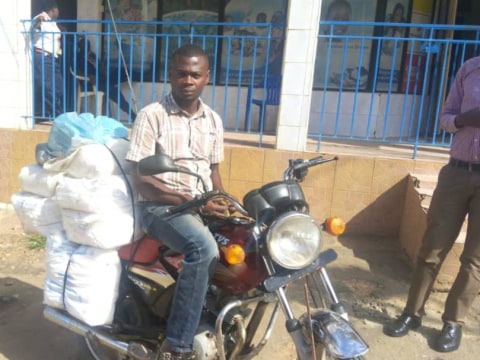 Peter's loan finished fundraising, but these other borrowers need your support

A loan helped to purchase construction materials for his house.

Peter is a new client to Ugafode. He was referred by his friend so that he can get a loan to complete his small house and save the little money he spends on rent. He was born in rural Ntungamo district where he grew up with his mother and two of his sisters. Because of a lack of money for school fees, he did not go far in school but rather stopped at primary four. His life was full of struggles that forced him to begin hawking merchandise on a motorcycle within Mbarara and the neighboring districts.

He currently has a loan of 1,500,000 UGX, which he has acquired to use to complete his house. This will save him the money he was spending on rent, as well as boost his business since he has hopes of owning a retail shop and also starting a business for his wife in the next two years.