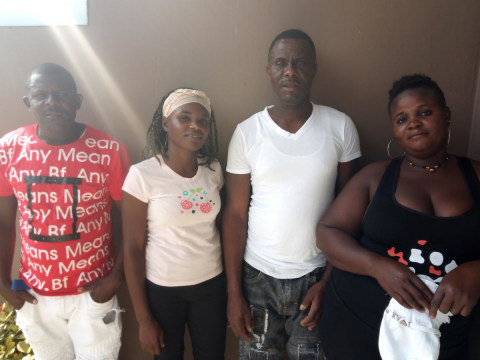 A loan helped to purchase merchandise to sell in her store such as rice, broad beans, sausage, flour, salt, soft drinks, and other things.

Jesilia is a Haitian immigrant woman who arrived in the Dominican Republic nineteen years ago searching for better living conditions. She came with a friend to work in a house, then she met her spouse, they had children, and decided to establish a business. The difficult poverty situation in which the majority of inhabitants of the neighboring country of Haiti live cause many of the citizens to have to leave for other countries in search of better living conditions, as is the case for Jesilia.

Jesilia is the mother of two children and began with a cafe and later saw the need to increase her income and decided to expand and establish a store. Jesilia says that her income has increased a lot and she has now been in her business for five years. Jesilia sells rice, broad beans, sausages, flour, salt, soft drinks, and other things.

Jesilia dreams of seeing her business prosperous and large and that her family can get out of the cycle of poverty in which they have lived for decades.

Jesilia needs your help to purchase new merchandise and stock her business.

Thank you for contributing to the solidarity group La Casa II.