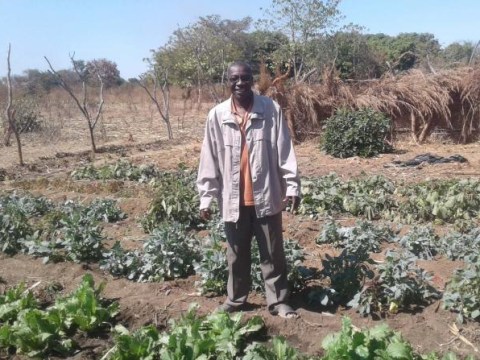 A loan helped to pay for a solar irrigation pump.

Febiano lives on a farm in Chongwe District, Zambia with his family of five.

Febiano is asking for a loan so that he can obtain a water pump to help him irrigate his crops during the dry season. Febiano grows vegetables such as cabbage, rape and pumpkin leaves, which he sells at a nearby local market in order to earn an income and support his family. He currently uses buckets to irrigate his field, but he hopes to acquire a pump that will be less labor-intensive and more efficient in order to increase his yield and thereby increase his income.