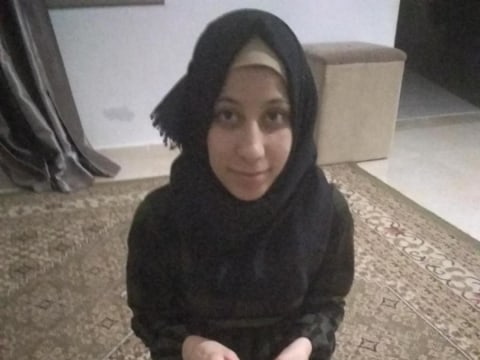 A loan helped to buy a new sewing machine.

Abeer, who appears in the photo, is a 25-year-old who lives with her family in Jenin city. She is the mother of one son.

She tries hard to raise him in the best conditions and cover all his needs. Her husband works in the public sector where he earns a low income that is barely enough to cover the basic needs of the family. Abeer went to Palestine for Credit and Development (FATEN) to request a loan to buy a new sewing machine; in her neighborhood, especially, there is no stitching. Abeer hopes that you will help her in starting a new beginning to raise her little kids in better conditions.