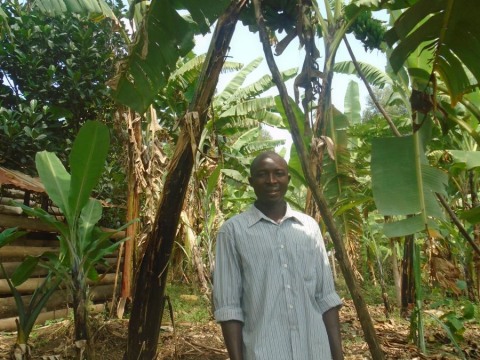 A loan helped to purchase fertilizer.

Alex is an old client in the institution who is applying for a loan of UGX 3,500,000. Alex is 37-years-old and is happily married with four children and a resident of Katwekamwe in Rukungiri.

Alex’s main activity is agriculture where he grows matooke (a type of banana) and coffee as his source of income. He says this business would be doing well but his main challenge has been limited working capital to invest in manure to better his yields. He thinks this loan will take him a long way in expanding his coffee and banana plantation.

Away from that, he is a mason where he constructs peoples’ houses and earns extra income to sustain himself and his family. He thanks ugafode for giving him financial support and looks forward the same in the near future.