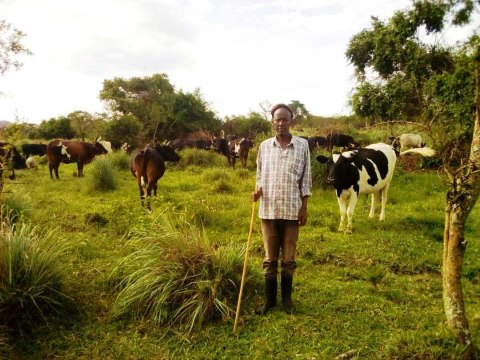 Samson's loan finished fundraising, but these other borrowers need your support

A loan helped to buy cows to fatten and sell to raise school fees for his children.

Samson is married with four children who attend school. He is a resident of Lyantonde. He is mainly engaged in cattle fattening as his major source of income, and Kiva has been part of his journey. He usually buys younger cows, feeds them with supplemental food mixtures, and then sells them after a few months. With the money he gets from this business, he provides for his family and also pays school fees for his children.

Samson is requesting another loan of 3,500,000 UGX to buy more cows to fatten and later sell. He will use the anticipated income to educate his children.

He appreciates the continued support.