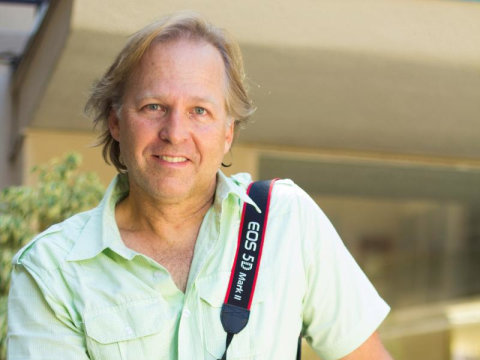 Phillip began to make his living in film production in 1988 on “The Abyss” as James Cameron’s underwater assistant where he also received Union status when he performed a stunt. Since then, Phillip has worked on over 72 films and television shows including stints on: “The West Wing,” “40 Year Old Virgin,” “Domino,” “Just Like Heaven,” “Bewitched,” “Cutting Room,” Wolfgang Peter’s “Poseidon,” “The O.C.,” “C.S.I. New York,” “Boston Legal,” “Yes, Dear,” and “Threshold.” In 2001, he produced a television show pilot for a home improvement show called “Kenny’s Korner.” He has also produced a short film called “Voracious” in conjunction with a feature film script which he also wrote. Phillip has worked in all aspects of production and operation on professional film sets from lighting technician to camera operator to videographer. His experience includes Special Effects Assistant and supervisory positions for Grip and Lighting on various feature films. He has also worked in feature film development for Walt Disney Pictures, Walt Disney Feature Films, Paramount Pictures and Warner Bros. During the past 14 years, Phillip has worked as an Art Director for various clients, including Lockheed Martin, Sun Microsystems and Modular Wind Energy, providing artistic input for their photographic and video needs. In between production schedules, Phillip has worked with some of the most competitive architectural photographers in the Los Angeles market. He has also shot portraiture for film magazines, working actors and stills for independent feature films. Phillip presently owns Darlington Images and since 2010 has been producing marketing projects and materials in Los Angles and Orange Counties of California.