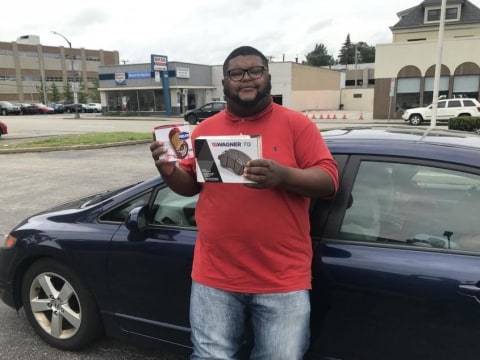 A loan helped us get auto supplies and technology to be able to service our customers faster to improve the customer's experience.

My story is one of a boy who was not wanted and was raised and adopted by people other than his biological family. Sadly, most of my life I felt like I didn't belong. I felt like an outcast because I wasn't originally wanted by my biological family, but then I left my adopted family at age seven to live with my father, who I'd previously never met. After a few years, I was sent away again. I then lived on a farm at a placement home with other young men who had been through similar experiences. As a result, I never felt like I was part of a family or knew where I belonged. As I got older, even until now, I have had trouble finding my place in life. But, since I founded Brock's Auto Supplies LLC, I found something that made me feel alive - helping others keep their vehicles on the road by the parts we supply.