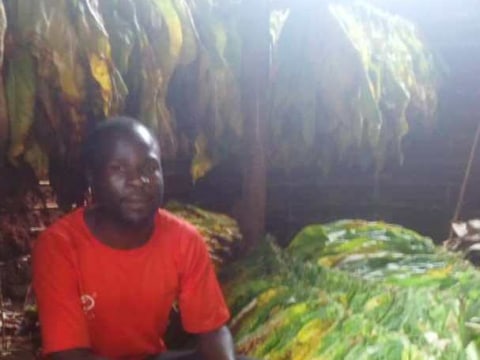 A loan helped to pay workers who will harvest his tobacco so he can sell it to raise school fees for his children.

Gerald is a married man with children, some of whom are in school.

He started farming in 2008 after dropping out of school because his parents did not have money to pay his school fees. His major sources of income ares mainly maize, beans and tobaccoand he uses the income to look after his family.

Gerald says that Kiva has been part of his journey to economic transformation. He needs a loan to pay workers who will harvest his tobacco so that he can sell it to earn a living for his family.

He appreciates the continued support.

His future plan is to buy irrigation equipment to ensure good yields even in drought seasons.