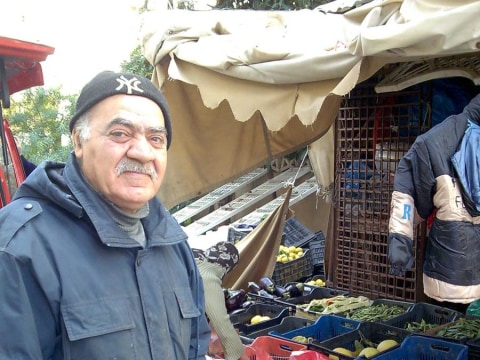 Moustafa's loan finished fundraising, but these other borrowers need your support

A loan helped To purchase more merchandise for shop.

Moustafa is a 61-year-old man who lives with his wife in Saida, southern Lebanon. Moustafa has been selling fruits and vegetables for over twenty-five years and sells depending on the season. He is very well known in his region because his shop has always been there, and his clients have been the same for over twenty years; he also sells a good quality of products and is welcoming. His clients are his friends, neighbors and others from his region. Moustafa requested a loan from Al Majmoua in order to purchase merchandise for his shop. He has been a microcredit client for nine years now and has always paid on time. His previous loans allowed him to purchase merchandise and increase his stock. When he first started his business, Moustafa didn’t face difficulties excepting that he didn’t have a lot of cash to diversify his merchandise. He decided on doing his business because he wanted to have independent work. In future, he plans on expanding his business.