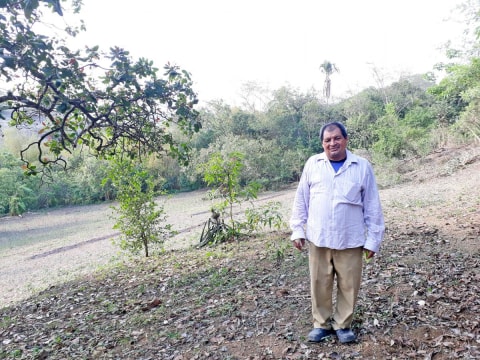 José Napoleón's loan finished fundraising, but these other borrowers need your support

A loan helped to buy fertilizers, seeds, and herbicides to plant a hectare of corn and pay the cost of labor to prepare the land.

José attended school until the ninth grade. He is married, his wife is a homemaker. They have five children, two of whom live with him but they work already.

José has worked in agriculture for 35 years, which he learned from his father, as he would accompany him when he went to the cornfield. His work schedule is from 7:00 AM until 11:00 AM. Also, for 21 years he has worked as a driver.

José will use the loan to buy fertilizers, seeds and herbicides to plant a hectare and a half of corn. He will also pay the cost of labor to prepare the land.

He hopes winter will be good this year because it helps his crops and he could have a good harvest. He also would like to have another plot of land to increase production of staple grains.