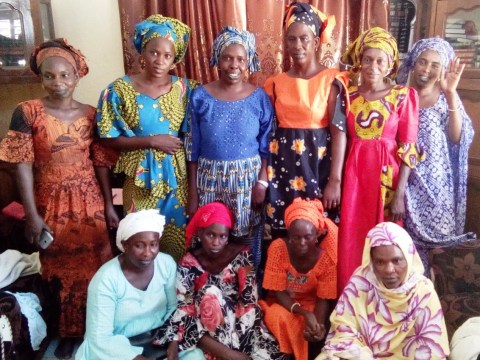 A.louga Group's loan finished fundraising, but these other borrowers need your support

A loan helped to buy sheep and feed.

This group is composed of 11 women who have strong relationships built on solidarity and helping each other. They live in the same village and took the opportunity to join the banc villageois when it was established in April 2017. They all practice animal fattening.

Mrs. Ngoné (standing to the far right of the photo with her hand raised) is the group representative. She is 33 years old. She is a married mother of two. She fattens animals. She benefits from a lot of experience in this field from having done it for several years.

With the loan, she plans to buy sheep and feed, as she is going to fatten the sheep for at least five months before selling them.

With the profits, she is going to reinvest into her business to ensure its growth.