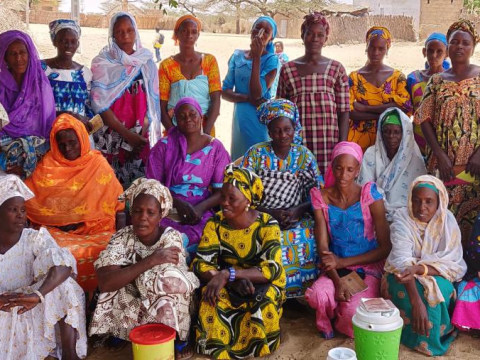 A.louga Group's loan finished fundraising, but these other borrowers need your support

A loan helped to buy sheep.

This group is composed of 28 women who maintain strong ties of solidarity and mutual help. They live in the same village and have taken advantage of the opportunity to join the bank villageois after its launch in 2007. They mainly work as vendors and livestock farmers.

Ms. Mbodia (the one standing on the far right raising her hand in the photo) is the group’s representative. She is 36 years old. She is married and the mother of four children, including two sons. She raises livestock. Mbodia is experienced in this line of work having done it for a number for years.

With her loan, Mbodia plans to buy sheep and animal feed in order to fatten up her sheep for at least five months and then resell.

Thanks to her revenues, Mbodia plans to provide for her children and bolster her savings.