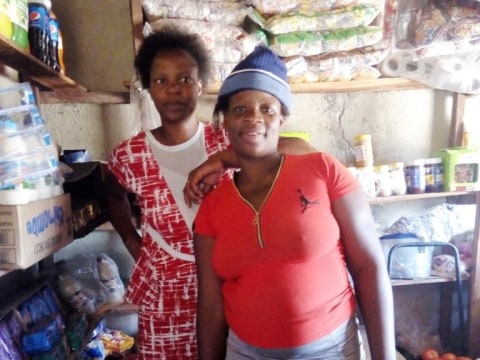 Kavara Group's loan finished fundraising, but these other borrowers need your support

A loan helped to buy more grocery items for her tuck-shop business.

Kavara group was formed by four members in 2016 in order to access Thrive Microfinance loans. However, two members dropped, leaving Abigirl and Bridget in the group.

Abigirl is a married homeowner blessed with six children, four of whom are going to school. Her husband works for a local construction company as a security guard. Abigal runs a tuck-shop business selling grocery items such as sugar, cooking oil, soap and flour. She restocks her products four times a week from Harare town. Abigirl also sells fruits and vegetables. She now has four years' experience running her businesses. Abigirl managed to help her husband pay school fees for their children and extend their house.

Currently the group has received their third loan, from which Abigirl used her portion to buy more grocery items for her tuck-shop business.