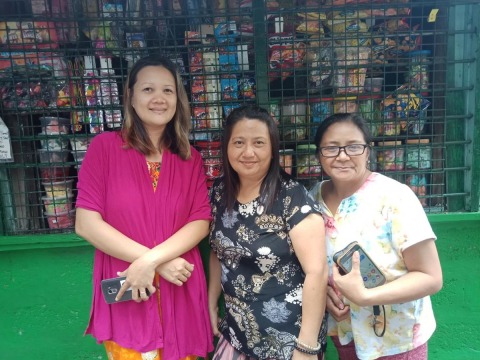 Barangka Group's loan finished fundraising, but these other borrowers need your support

A loan helped to buy sacks of peanuts, margarine, and container bottles to sell peanut butters ordered in bulk.

Sally prepares and sells home-made peanut butters. She has been in this business since 2016. Like other members of her group, Sally perseveres in her business to help their families support the education of their respective children. For her part, Sally has two sons with the eldest already entering college this coming school year.

Recenty, as SEED has initially supported her previous loan, Sally was able to manufacture more bottles of peanut butters and now has orders coming in bulk. She is requesting for a loan in order to buy sacks of peanuts, margarine, and container bottles to make and sell peanut butters ordered in bulk. She will also share part of the loan with 2 other members of her group who wishes to grow their business.

Reynalin and her group is thankful for the loan extended to them by KIVA and KIVA lenders.

In this photo (L-R): Sally, Rosalie and Ana Maria