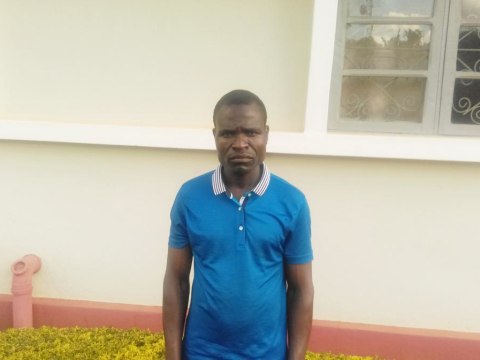 A loan helped to buy maize, soy beans and onions from small farmers in his community and sell to big markets in order to increase the income for his family.

Eduardo is a 31-year-old Mozambican man from Tete, a Province in the centre of Mozambique. Eduardo lives with his wife and their 6 children.

Eduardo started doing agriculture since he was a young boy. He learned from his parents how to prepare the land, how to select the best seeds in order to achieve more success in agriculture.

Initially, Eduardo started producing vegetables such as cabbages, lettuce and tomatoes and he used to sell them at the local market. After attending a training, Eduardo has opened up his perspective and has decided to invest in the selling of other crops. So he has started producing maize, soy beans and onions to sell in a regular market.

Since the demand for his products have increased, Eduardo fears about losing his clients as well as the source of income for his family. For this reason, Eduardo is asking for a Kiva loan to buy maize, soy beans and onions from other small farmers in his village in order to keep on supplying the market and increase the income for his family.