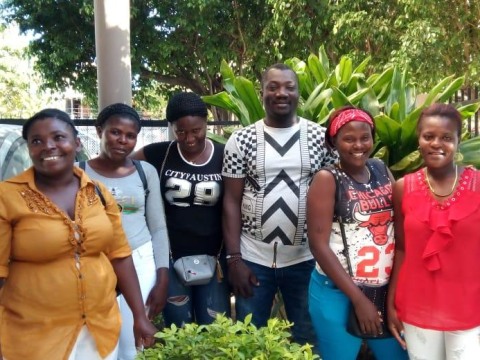 A loan helped to buy merchandise to supply her business such as panties, bras, boxers, pajamas, footwear, and other items.

Nelta is a young businesswoman who lives in the province of San Pedro de Macorís in the Dominican Republic. This province is known for having the most sugar factories in the country and also has very impoverished communities such as the bateyes where people in extreme poverty live, the majority Haitian immigrants.

Nelta is married and has three children. She used to work selling food, but with time she changed to selling undergarments and footwear. Nelta says that with this business she is doing better. She is more comfortable and makes better income.

Nelta dreams of someday being able to see her family prosper and have a great dining room where they sell lots of food.

Nelta studied in school but she was only able to reach the last course of primary school. however, this hasn't prevented her from working and getting her family ahead.

Nelta needs your help to buy merchandise to supply her business such as panties, bras, boxers, pajamas, footwear, and other items.

Thank you for contributing to the group Exito Con Cristo 6.