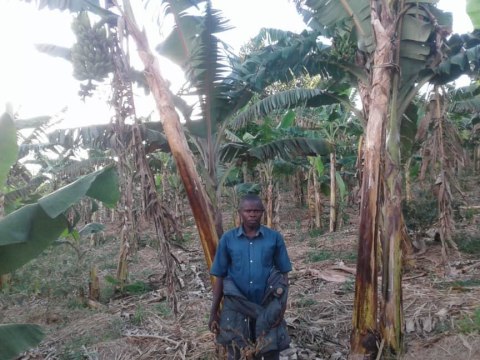 A loan helped to buy manure to apply to his banana plantation.

David is a hardworking, experienced married man with five children, all attending school. David deals in agriculture as his main economic activity. He grows food crops like bananas, maize and coffee to sell. His business started in 2012 in a rural market to raise family income. He also earns from trading agricultural produce like groundnuts and maize as his other source of income.

David is requesting a loan so as to buy manure to apply to his banana plantation. His future prospects include expanding his produce business though he is faced with the challenge of limited capital to use in his business.