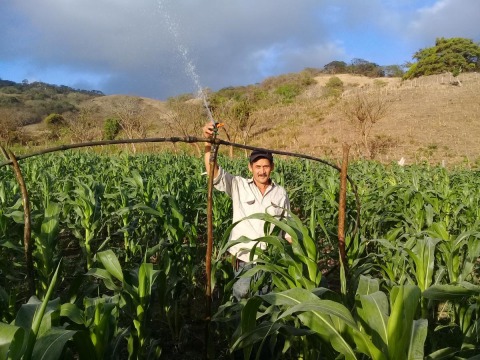 Eulalio's loan finished fundraising, but these other borrowers need your support

A loan helped to buy feed for his cattle and materials to do maintenance on his paddock.

Eulalio has been a farmer and rancher for more than 35 years. Thanks to his hard work and the support of his family, he has been able to achieve many goals, among them, getting his dairy and farming business ahead. His father was his role model for entering into the world of farming. When he was a child, they would farm the food they ate day to day, and later that became an opportunity to generate income for the home.

Now Eulalio is the role model for his three children, who help him with his business. At 52 years old, he has been able to diversify with selling calves, which has helped him to get through the crisis in the country. Nonetheless, he needs the support of Kiva, and MiCrédito to buy feed for his cattle and materials to do maintenance on his paddock. With this, he will be able to improve his milk production and his farm. In the future, he sees himself having more land to not having to sell his cattle.