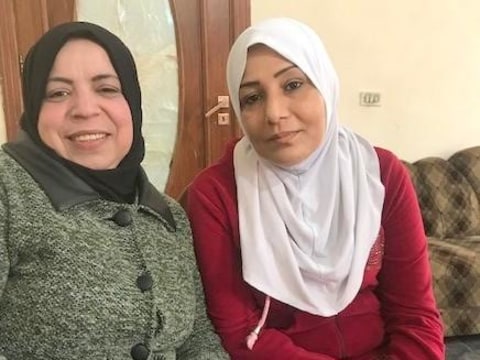 A loan helped to pay her medical test expenses.

Iman is the featured borrower of Al Motahideen Group, which consists of two Syrian ladies.

She and Nadia trust and respect each other so the formed a group to acquire a Syrian refugee loan from Kiva’s field partner Al Majmoua. They’re working hard to improve their families’ living standards and businesses.

Iman is a 47-year-old married mother of two, who runs her own food production business specialized in "mouneh," traditional Lebanese food preservation.

Iman's loan share will be used to pay her medical test expenses.

In the photo, Iman is wearing the black veil and Nadia, the white one.