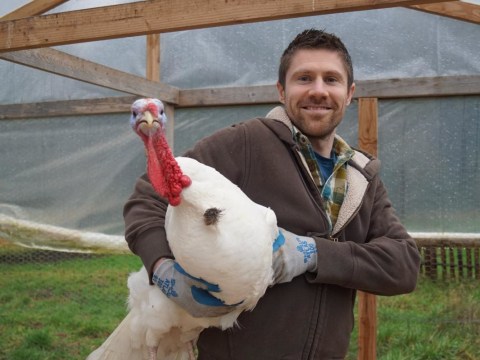 Grant's loan finished fundraising, but these other borrowers need your support

A loan helped a regenerative farmer to expand his humane livestock enterprises.

I think I always knew I wanted to be a farmer. It just took me 32 years to figure it out! I was born in Shelton, WA and lived here on the family farm until I was four years old. At that time I had several jobs on the farm, including thistle pulling, slug hunting, and helping to fill the firewood box. My family then moved an hour north to Brinnon where, thankfully, we had plenty of room for chickens, a garden, and a fruit orchard! After high school I moved to Seattle to study English Literature and Philosophy at the University of Washington. Immediately after graduating I co-founded a company that designed and built custom vegetable gardens in backyards around Seattle. I then spent eight years growing a Seattle-based gourmet popcorn company but deep down I think I knew the place for me was back on the farm. In 2017, a quarter century after moving away, I returned "home."