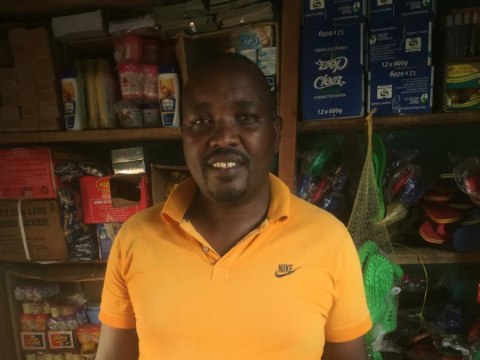 A loan helped to purchase more inventory for his shop.

David is a Congolese refugee based in one of Rwanda's six refugee camps. He is a married father to three children, and David and his family have been living in the camp since 2008 when they fled violence back home.

David started his food business In 2016 and has worked diligently over the past three years. David’s business has a strong customer base in the camp, as he is located at a strategic point right at the entrance of the camp. David's wife helps with the business when he goes out to purchase inventory. David has also built a strong reputation among his suppliers. Even when he runs short of cash, his suppliers are very willing to sell to him on credit and he pays back after sales.

Although David has built a good business, he still runs out of working capital and isn't always able to meet the needs of his customers. A loan would greatly help David improve his business.