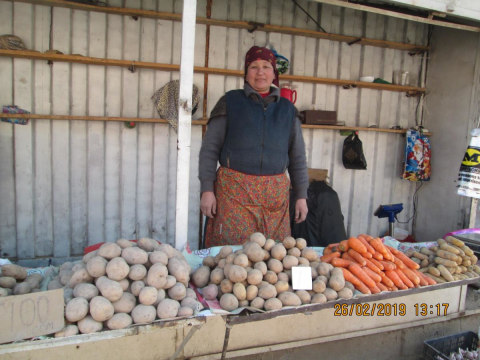 Kanayim's loan finished fundraising, but these other borrowers need your support

A loan helped to purchase livestock to increase her income from fattening and re-selling livestock.

Kanayim is 44 years old. She has a husband and two sons. She has a high school education. Since 1994, Kanayim has worked in livestock breeding and crop growing as her family's primary source of income. As an extra source of income, she sells food products at the local market. Thanks to her hard work and help from her husband around the farm, Kanayim currently owns two cows and a 1.75-hectare plot of irrigated land on which she grows cherries.

With the aim of further developing her livestock farm, Kanayim requested from Bai Tushum Bank a loan in the amount of 100,000 son. Her plan is to purchase cattle in order to increase earnings from fattening and re-selling. Kanayim plans to invest proceeds from the loan into future development of her farm. A portion of the proceeds will be put into savings to build a home for her son.