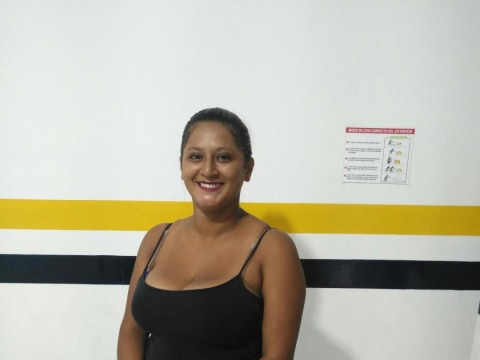 Tosagua is a productive canton, they harvest cacao, coffee, plantains, corn, and more and raise animals like poultry and pigs. It has its cuisine which is very well-known in the area. Its primary dish is fried chame fish and barbecue.

Mariana is a 22 years-old single mother. she has two children, one is 1 year old and the other a 5 month old baby. They live in the children's grandparents house.

Marians sells legumes and vegetables in the municipal market every day from very early. She sells from 06:00 a.m. to 6 p.m., even though it is a little complicated because the children are little and it is a sacrifice. The children's grandmother takes cares of them during the day. She pays a daily municipal fee for the stall.

With this new loan, she will buy potatoes, onions, cilantro, vegetables, beans, tomatoes, etc. Her dream is to have her how house and that her children are very healthy.