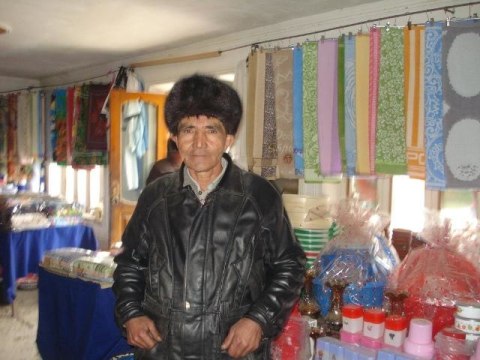 Gahvarkhon S. is 53 years old. She is married, with two children. Together with her husband (pictured) Shahzoda, she has already been running the business for 15 years. She sells household products. All the goods are imported from neighboring cities. The business generates significant income for the family, allowing them to improve their living conditions. Today Gahvarkhon is requesting 9000 Somoni. She is going to spend the loan on purchasing new goods. In borrowing from IMON since 2005, Gahvarkhon has shown herself to be a reliable client with a good credit history.