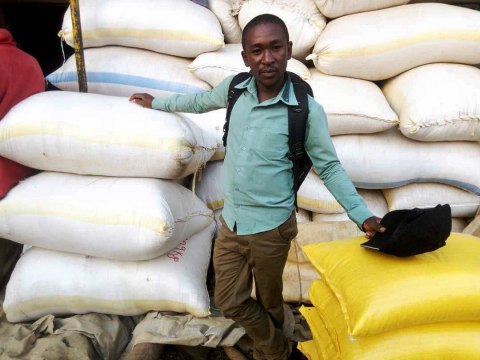 A loan helped to buy more maize for trading to raise income that will cater to the needs of his family.

Stephen is a single father with two children. He lives in Kagadi town, where he deals in the produce trade, such as maize. He is the sole breadwinner for his children, and he has to meet all their basic needs. He sells his produce to maize milling factories.

He has applied for a loan of 2,000,000 UGX to buy more maize for trading. He will use the proceeds to cater to the needs of his children, like school fees, food and medical. His future plan is to diversify his income by starting up a salon in his area.

Stephen appreciates Kiva and partners for the financial support that will boost his business.