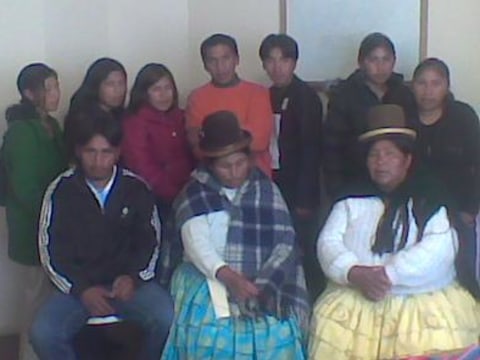 Reyes Carvajal Group's loan finished fundraising, but these other borrowers need your support

Reyes Carvajal is communal bank that has entered its 2nd loan cycle without having any difficulties with payments during the first cycle. The members are from the same area but are involved in different activities; most of them do not have an established business but with the loan they will start one. They have a board that was elected democratically by assembly, in which Daria was elected president. She has a business selling food next to the bus stop for minibus "263." Florentina was elected treasurer; she sells candy. Estela is the secretary, and she is a homemaker. The group is also developing other activities. The foundation of the group is formed by Mariela, who sells clothing, Edgar, who repairs cellular phones, Heriberto, who works at a golf club, Monica, who sells food with her mother, Vincent, who works as a mechanic in an auto repair shop, Veronica, who works as a domestic, and finally Virginia, who works in a photocopy shop. With these activities they support their families and hope to have a better future for their children. All of them are grateful to Emprender and Kiva for the confidence provided in the granting of this loan.