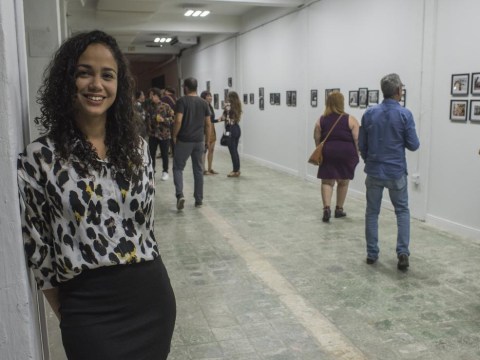 A loan helped complete purchases of elements needed to enhance our artistic programing.

I was raised in a residential suburb of Puerto Rico. My father is Nuyorican, and my mother is from a humble neighborhood in Trujillo Alto. It is from this cultural background that I’ve learned the importance of respecting and celebrating human and cultural diversity and it is this upbringing that has motivated me to create projects around the importance of community. During my high school years, I was exposed to art through my father, who for 10 years owned and curated a contemporary art gallery in Old San Juan. Throughout my university years I joined community based voluntary work groups and collaborated with environmental organizations in providing support to disadvantaged communities. Later on, I joined Phantom Vox as an assistant where we worked to document and expose independent art and music projects. In 2006 I co-founded Teatro Breve, the most successful comedy group in Puerto Rico, and to this day, work as the group’s executive producer. Through the years I’ve also worked as producer for various film projects and as an independent consultant to artistic projects. Putting into practice what I’ve learned through years of cultural management I’ve founded a cultural space that can bring together different artistic expressions and serve as a meeting space to develop creative cultural projects. :Publica is a project that will create a dialogue between various artistic projects, it’s surrounding community, and audiences that are willing to invest and support a creative ecosystem.