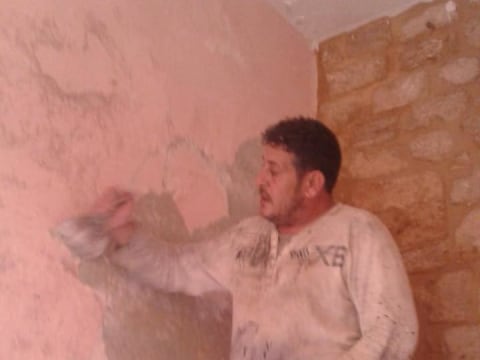 Abed El Rahman's loan finished fundraising, but these other borrowers need your support

A loan helped to buy an additional set of construction tools and equipment.

Meet again Abed El Rahman! The same friendly Palestinian man, he is 42 years old and living with his wife and children in a Palestinian camp for refugees in Saida area.

He is asking for a loan for the third time from Ibdaa, a Kiva partner. He still works as a mobile carpenter, and the maintenance of his car allowed him to take more projects inside and outside the camp.

Abed El Rahman took his first loan and used it for the right purpose; he bought a scaffolding for his carpentry work job and increased his income.

His children are still studying in school, and they are really smart.

Abed El Rahman's concerns are to support his business and to increase his income, which will help him to ameliorate his children's living conditions.

He says thanks again for your support!