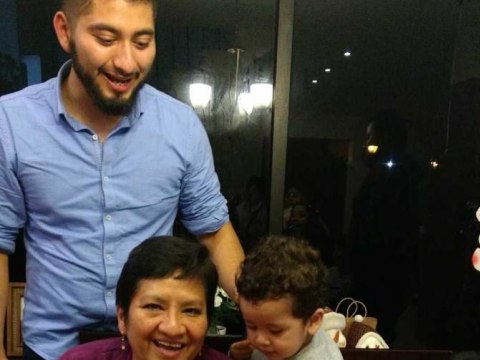 Moisés Benjamin's loan finished fundraising, but these other borrowers need your support

A loan helped to pay for his software development education in Mexico.

Benjamin is a 27-year-old recent industrial engineer graduate from Cordoba, Veracruz. In the picture, we see him with his mother, who has been a widow for 24 years, and his nephew, who inspires him to be able to explain concepts in the clearest possible way for a child to understand.

Benjamin has always been passionate about systems and logic but was unsure about how to gain access to work experiences in the field. Up until starting studying JavaScript, Benjamin felt he was reaching a limit in his growth. Benjamin understood that he needed a window to enter the world of technology, one that would broaden his mind and opportunities, and that is exactly what coding turned out to be for him.

MUKTEK is a Software Developing Academy located in Mexico City. Its focus is to prepare cohorts of Full-Stack JavaScript Jr. Developers every 15 weeks. MUKTEK’s promise is to accompany its students from their learning phase right into joining the workplace.

Benjamin chose MUKTEK because he felt it had the most integral curricula, focusing in both front- and back-end development with a strong focus on soft skills and community generation.

You should lend to Benjamin because, with this contribution, he will be able to make a name for himself in the tech world transversally applying everything he has learned.