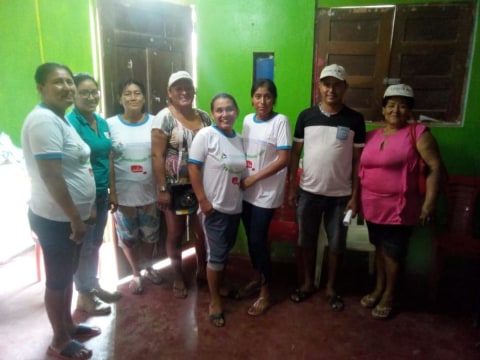 A loan helped to buy chairs and tables to set up at her food place.

A few months ago Amelia, age 47, requested a Kiva loan. She used it to buy merchandise, which helped her a great deal to position herself. She now has her own small place alongside her house. Every night she sells 'pollo al cilindro' [chicken cooked in a drum] and drinks (soft drinks and other drinks).

Amelia is now requesting a Kiva loan for the second time in order to continue growing in her small place. She now has three small tables, and she wants to buy more tables and chairs. She wants to convert a space for waiting on customers, which will become a very pleasant, upgraded place.

Her biggest dream is to become well-known for being a very hard-working person and for her great tasting food. She is a creative woman who does not give up in spite of life's difficulties.

Amelia belongs to the Los Solidarios De San Hilarion group. It is comprised of eight members, and she is the leader for the second time.