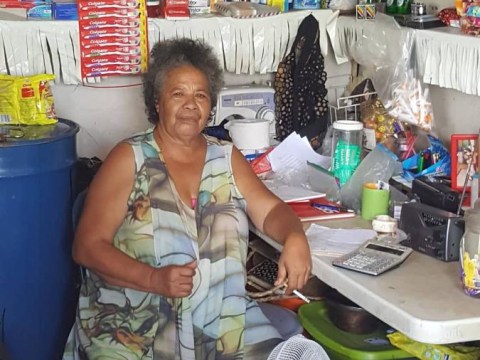 Loisi's loan finished fundraising, but these other borrowers need your support

A loan helped to buy groceries for her retail store and also pay for her store rent.

Greetings from Tonga! Meet Loisi: she's a 70-year-old widow running a retail store business to help her family. She has five children and 36 grandchildren. Altogether 11 people live together at their home.

Loisi is running her business located in her own village. She has rented a store to run her business there, so she has to pay rent. She's the only one working as the shopkeeper, no-one else is helping her. Her store is open from morning until midnight from Monday to Saturday.

She is working hard in her store because this is their primary source of income in the family since her husband passed away. She faces challenges from some of her relatives as they do their shopping on debt and promise to pay later but they fail to pay which causes a great loss for her business.

She said their house was affected by Cyclone Gita, a very strong cyclone that struck Tonga last February but the damages are already recovered.

This hard working widow envisions for the future to keep her store running because it's helping to cover her family's daily needs.