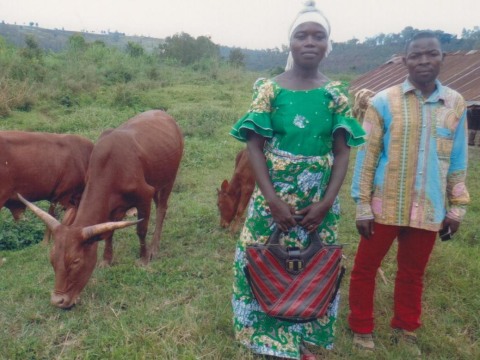 Famille Uzima Group's loan finished fundraising, but these other borrowers need your support

Freddy is a part of a group of people who sell cows in their area. In 2014, he received the task of researching two cows for one of his friends. Little by little, he started liking the work, and in 2015, his brother put him in touch with a butcher in Bukavu. That is how he came to start supplying cows to the area of Bukavu.

The only difficulty he faces today is a lack of funds. Currently, there is a lot of demand, but he is unable to meet that demand because he doesn't have the means. For this reason, he is [seeking a loan] from Paidek to support his work.