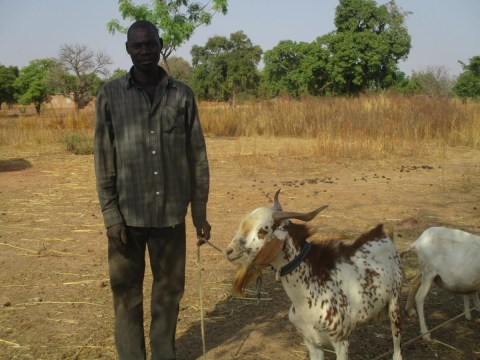 Ouambi Pierre's loan finished fundraising, but these other borrowers need your support

A loan helped to buy four sheep and two sacks of corn bran.

Ouambi Pierre is a married man and a father of five children, aged from one to 24 years old. Three of the children go to school.

Ouambi Pierre has raised small ruminants for 16 years in a peripheral area. He is on his first loan cycle with the micro-finance institution YIKRI. He plans to use his loan to buy four sheep and two sacks of corn bran, so he can raise his animals well and sell them at an opportune time.

He hopes to reinvest profits into his work and also save so he can take care of his family.