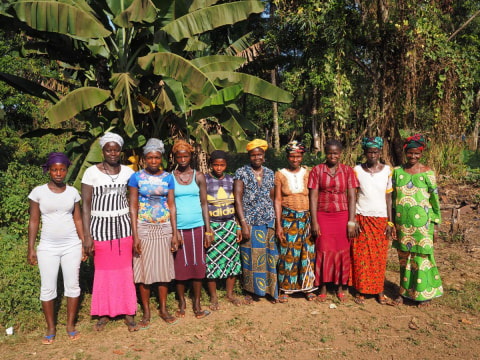 A loan helped to pay for improved seeds, organic inputs, and a tractor rental, which will allow her to escape subsistence by farming a larger area with a higher yield.

Fatmata (second from left), or F.A. as she is lovingly known in Mayefeh Village, is the featured borrower of F.A.'s Female Farmers Group. She would like to sincerely thank all of the Kiva lenders for their first loan. It enabled them to break free from the local lenders, who were charging them nearly 100% interest and as a result all group members have fully recovered their businesses, have repaid their first loan and are successfully farming again after the devastation of Ebola.

The group is now seeking a second loan to expand further. The profits will be used to ensure all member's children go to school and will also be used by the group to create a support fund for young female farmers.