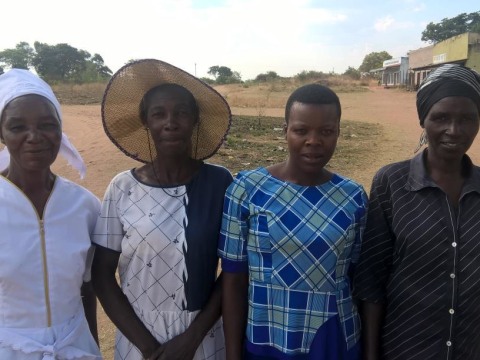 Chiedza Group's loan finished fundraising, but these other borrowers need your support

A loan helped to buy seeds and fertilizer.

Enereta is a 57-year-old widow with 2 dependents. She has been in the farming business for as long as she can remember. She confessed that farming is the main source of income for her family. Enereta is glad she was able to send her children to school, an opportunity she herself was denied as her upbringing was quite contested.

Enereta runs a farming business growing various horticultural crops. She sells them at Mbare market and is well-known for producing fresh, juicy and big tomatoes. She grows her crops under irrigation powered by gravity hence her costs are relatively low.

She is a member of a group called Chiedza, meaning light. The group consist of four members. It is based in Juru. The group applied for a loan from which Enereta used her share to invest in a fine beans project. She bought seeds and fertilizer. Enereta uses a diesel powered water pump to irrigate her crops.