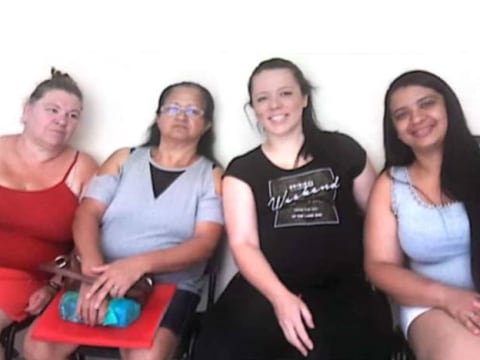 As Deboras Group's loan finished fundraising, but these similar borrowers need your support

A loan helped to buy lingerie and beach clothing to take advantage of summer and end-of-year sales.

Thais has lived in the community of Capão Redondo in the southern zone of São Paulo for thirteen years. She is married and has two children. Five years ago she needed to help her husband with their household bills; it was then that she had the idea to sell lingerie, a product often bought by women. With this she was invited by other friends to participate in the group at Banco do Povo Crédito Solidário (BPCS, People's Bank - Credit in Solidarity). Her future ambition is to open an underwear store for women. The loan is going to help her buy lingerie and beach clothing to take advantage of summer and end-of-year sales.
Kamilla is married and the mother of one daughter, and she is expecting another baby. She has worked as a hair stylist for more than four years. Luzia has had a grocery store for more than twenty-six years. Solange is well known in the community and provides school transport services for children.