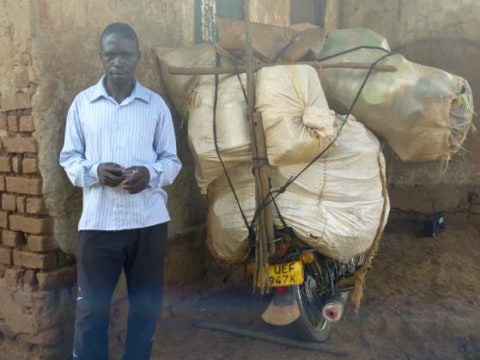 Amuza's loan finished fundraising, but these other borrowers need your support

A loan helped to buy a motor vehicle to ease transportation of his mechandise (plastics) from market to market to minimize damage.

Amuza is a 38-year-old resident of Buikwe district. He is a married man with seven children and all of them go to school.

He is a businessman who deals in general merchandise (plastics) whereby he goes from market to market selling different items. Amuza says that he started small and has now seen his stock grow bigger from time to time. Its from this business that he has managed to sustain his family in terms of basic needs and the rest.

He has since approached UGAFODE for a financial facility (loan) of 4,000,000 UGX to buy a motor vehicle to help him in transportation of his merchandise (plastics). He hopes to minimize damages and maximize profits, which will improve his living standards as well as his family's. He is grateful to Kiva for the support given to him.