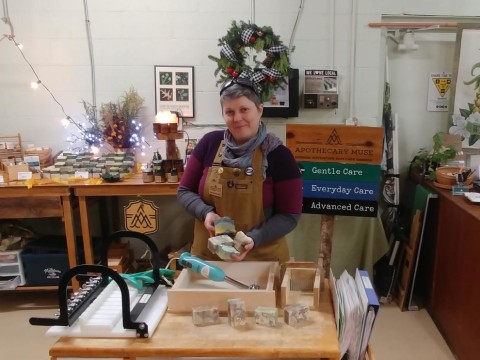 Eryn's loan finished fundraising, but these other borrowers need your support

I’m a first generation city woman, with nature in her heart. My grandparents had a farm on which they tended their land, leaving a strong impression on me despite growing up in a city. I would continuously find myself torn between the convenience of urban life and the call of the mountains. Living on the outside of both urban and rural lifestyles, I became a motivated mountain bike coach bringing new, urban cyclists to nature with a goal to create lifelong cyclists. Wilderness Medicine, Environmentalism and Bicycle Advocacy became the lens through which I would see everything and often this meant deconstructing and disassembling cultural expectations for women in leadership, sports, and health - building my own, rewarding trail - which would become Apothecary Muse. My first Kiva loan successfully financed my rebranding and I was able to carry that momentum towards the initial costs for a dedicated production studio outside my home. Now, I want to make it a third place for other, local makers to learn new crafts and understand a bit more about handmade businesses.